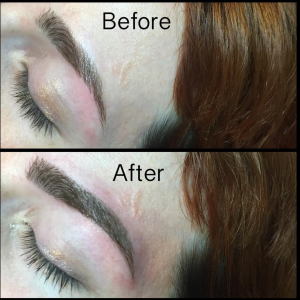 Last week I got microblading done on my eyebrows. I’ve reported on makeup artist Michelle Martinez of Beso Makeup a couple times, first for her brow-shaping salon and then for her brow tattooing (aka micropigmentation). I wanted to get my eyebrows tattooed, but it’s expensive ($500) and the effects are a little bolder than what I wanted. So when Michelle launched microblading, which has softer, semi-permanent results (six to nine months) and a lower price tag ($300), I was all, SIGN ME UP. Which she graciously did, and even gave me a discount because of the writeup.

At my appointment, I filled out a ton of paperwork. Then Michelle trimmed and tweezed my eyebrows to refine their shape. She put numbing cream on them for about 10 minutes. I was pretty confident I could handle the pain because I have been tattooed so many times. I was wrong. This is an entirely different sensation from getting tattooed by a machine with needles, and I found it way more intense. Microblading is a teeny, tiny blade dipped in pigment slicing your eyebrow again and again. And that’s exactly what it feels like. My eyes watered profusely the whole time and I sneezed repeatedly. Tons of gross mucous and tears everywhere–bring Kleenex. It REALLY HURTS! But it didn’t take longer than 30 minutes from start to finish. When I go for my touchup, I’m going to slap some Dr. Numb on my eyebrows two hours ahead of time and eat a fistful of Advil. (Which is probably just two Advils.)

After she’d finished slicing me, Michelle placed more pigment on the open wounds and let it sink it. My results immediately after the procedure are above. Pretty #onfleek, as the youths say. I felt like my brows were overly intense and borderline villainous, but nobody commented on the change. I washed my brows twice daily and covered them with A&D lotion, as my aftercare sheet suggested. Here are the brows on day two. 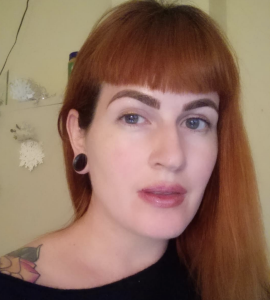 Over the course of the week, they itched like any new tattoo would, but didn’t really flake. They did fade drastically, arriving at a very natural but pleasingly shaped end result. Here they are after one week. (I dyed my hair dark purple that week, too, but the setting and lighting is the same.) 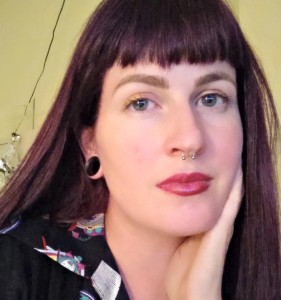 You get a free touchup with your appointment, so I’m curious to see how they look after another session. I am extremely happy with the finished effect. As someone who is vain but doesn’t want to spend time on makeup, I find this a good investment. I will definitely get microblading done again in six months or so. Might even graduate to the hard stuff…micropigmentation.

Edit: you can read my 10-month update on the procedure here.