I don’t know much about art or how to evaluate it. But I know when art makes me feel something. And generally that something is a reflection on/recalibration of my personal history. To me, good art looks cool and lifts me outside of my vantage point. It’s a holographic sticker that gets its shine from the interplay between my experience and the artist’s.

With that disclaimer out of the way, I’ll talk about the experience I had yesterday at the Museum of Public Art in Baton Rouge, Louisiana. 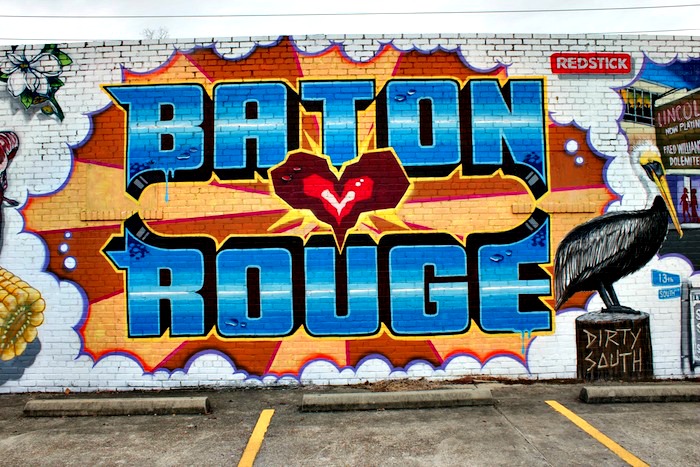 Baton Rouge is the city where I was born and spent the first 13 years of my life.  I drove to the museum from New Orleans and took the Louise Street exit from I-10, as per Google’s directions.  When I exited, I felt myself downshift not just from the interstate, but into the recesses of my past. Because the exit deposited me by McKinley Middle Magnet.

I attended McKinley in 1992-93, when I was in seventh grade. The school was surrounded by chain-link fences topped with barbed wire. On my first day, I saw leaking pipes and a rat doing the back-stroke on a glue trap in the library. There were no after-school activities. Immediately after the last bell, we students boarded buses that trundled us across Baton Rouge far and wide. The busing and the magnet schools are an attempt to overcome the lingering demon of segregation, which is a lingering demon of slavery. 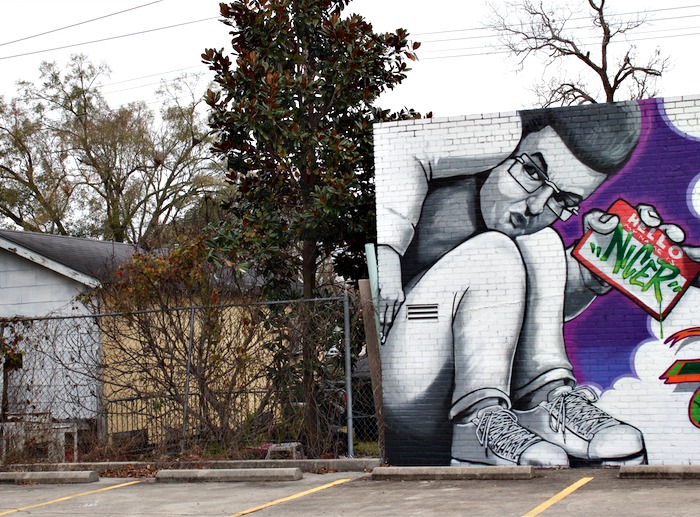 So I was happy to see the chain link fence gone, the old school razed and a bright new brick facility in its place. But as I drove toward the museum, this feeling was replaced by uneasiness.

I was in the “bad” neighborhood, where I’d never been allowed to go. I felt like an interloper, come to gape at the graffiti and be gaped at by residents from their porches. I felt scared. 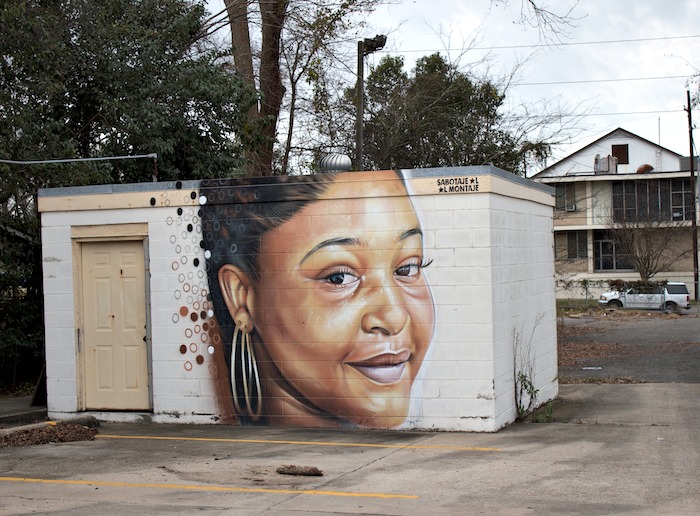 Although the Museum of Public Art has more than 230,000 likes on Facebook and has garnered no small amount of press, I was the only person there yesterday morning. Which surprised me. The experience of viewing huge murals and art in public spaces is inherently powerful and tends to draws a crowd. I went to Exhibit Be in New Orleans and it was packed. Same for the installations in the Lower 9th during Prospect. 1.

This was different, though. And it was different because in both of the afore-mentioned places, the art was in places where life used to happen. An apartment complex, standing abandoned in 2014. A former neighborhood, flooded and gutted in 2008.

The Museum of Public Art is in a living community. One that’s economically depressed. And that is part of director Kevin Harris’ motive for putting it there, according to reporting by The Daily Reveille. Art is the engine that drives economic development, and south Baton Rouge needs it.

I’d wager that putting the installation in a “bad” neighborhood also is a choice that’s meant to provoke questions. Why was I scared to be there? Why is this predominately black neighborhood “bad,” when the houses less than a mile away, in the predominately white Garden District, are “good?” And how do the murals comment on that? 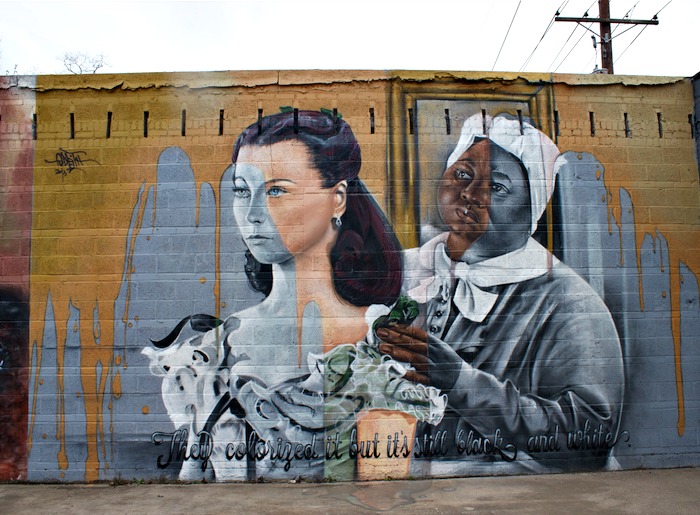 To me, the Museum of Public Art is a dialogue on something that’s happening now. And the something isn’t too hard to guess. It isn’t too subtle. It’s in the photo of the plantation owner’s white wife and black slave. It’s in the paint-stained fists breaking free of shackles. It’s in the vibrantly graffitied shotgun homes sitting in the shadow of a magnet school meant to educate Baton Rouge children regardless of their race or income.

As a white person, it’s easy to think of racism as something that doesn’t affect me, like earthquakes in Haiti or deforestation in the Amazon. Something that’s a shame, but has little bearing on my day-to-day life. I write a check, support the cause when I can and shake my head, but overall, this tragedy is something that happens to Them. Not me.

I’m wrong for that. I don’t experience racism. But that doesn’t mean it doesn’t affect me.  I feel poorer for having grown up in a racially divided city with a failing public school system that segregates wealthy whites and poor blacks. I feel poorer for not having had black neighbors. I feel poorer for being deprived of black voices and experiences. And not just me. Baton Rouge is poorer.  So poor it is on the brink of tearing itself asunder.

When I visited the Museum of Public Art, I felt enriched. Ashamed. Inspired. Mostly I felt proud. Proud to be from Baton Rouge, proud of its people. And proud of the city I pray it can become. 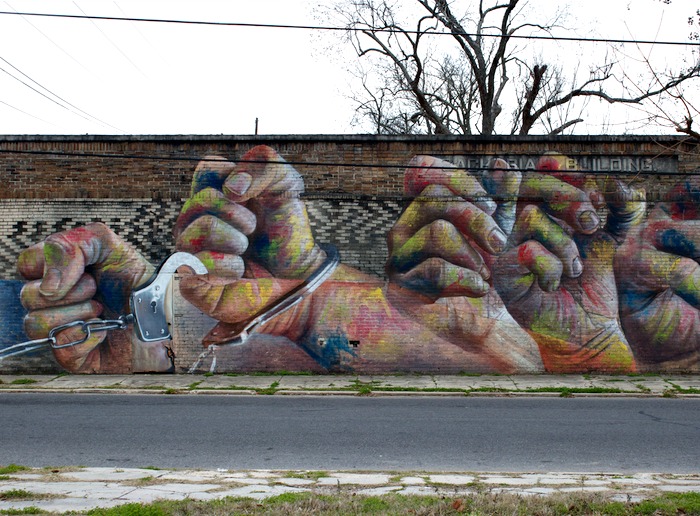