When I was younger, I dreamed about inheriting my grandparents’ Lakeview home, a sprawling 1950s red brick structure that was all split levels and weird crawl spaces, with a backyard full of grapefruit and lemon trees. But the 2005 failures of the federal levee system following Hurricane Katrina put the house under 12 feet of water. It marinated there for weeks. Once the waters had receded and left everything slimed with mud and mildew, I felt a stronger urge than ever to rebuild and reclaim the structure that had housed my family for three generations. You see, I had lived there too, during my MFA program at the University of New Orleans from 2003-2005.

A broke grad student, I couldn’t afford to buy or restore the house. A deeper part of me questioned the wisdom of rebuilding on low, swampy land that could flood again. But one night at the Parkview Tavern, when the city was still dark and deserted, the waterlines were fresh and the vehicles on the road were still mostly the National Guard’s, I picked a window frame out of a pile of rubbish and promised myself I would rebuild…just not in the home I had hoped for.

It ended up taking almost 10 years, but I’m now a homeowner. The funny thing is, if not for Hurricane Katrina, I would not have been able to build my house. I qualified for a $25,000 soft-second mortgage– money from the government I don’t have to pay back if I live in the house for a decade. Those dollars came from the Federal Disaster Community Development Block Grant provided by the State of Louisiana for housing recovery from hurricanes Katrina and Rita. The hurricane took away one home but gave me the resources to build another. 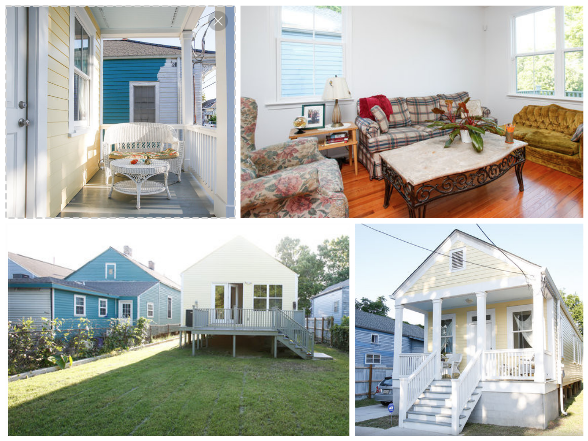