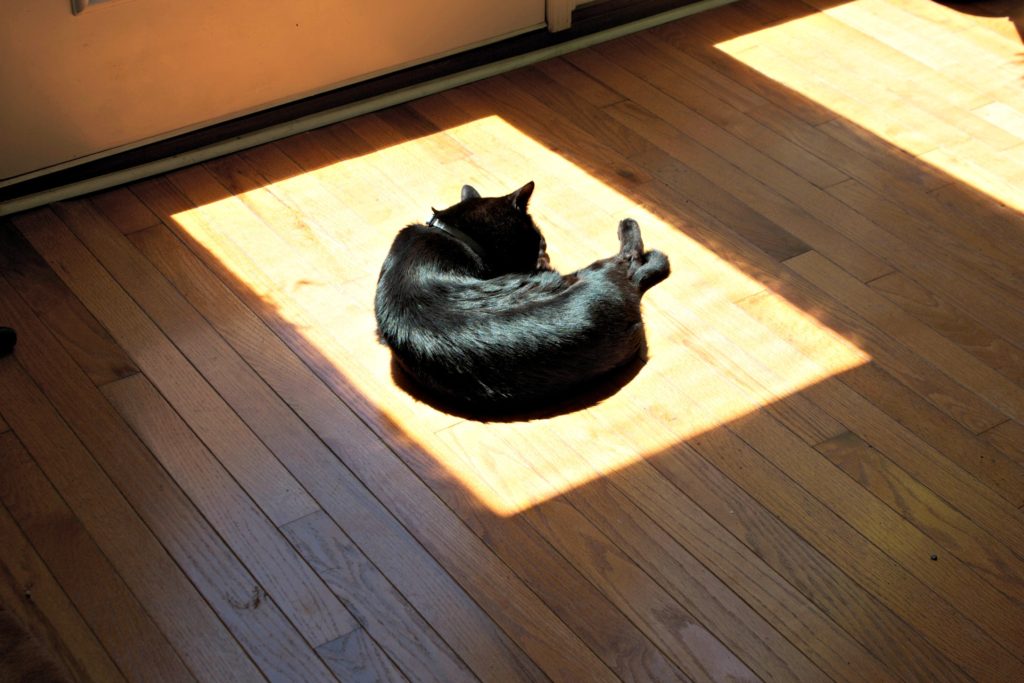 It’s June 7*, six months since I quit my editor job to become a freelance writer. I’ve learned a lot of stuff so far. Overall, the experience has been great. Here’s what I did today.

I got up at 7 a.m., took a bath and got dressed. I fed the cats their morning snack, washed the dishes, did laundry, swept and mopped the kitchen floor, and made a mango smoothie and green tea. Then I dicked around on the internet until around 9 a.m.

At 9 a.m., I worked for two hours writing Facebook posts for a copywriting client. At 11 a.m., I had a phone interview. Then I ate some leftover vegan mac and cheese and went to Loyola for a voice lesson. My teacher is really awesome. Turns out I’m a soprano, not an alto like I always thought. She said I hadn’t been using all of my voice, and it made me wonder if there are other areas of my life where that’s true, metaphorically speaking.

2 p.m. I got home and did three interviews, two for a client blog posts and one for an Advocate story.  I also took a nap and played piano. Working on a Schubert impromptu right now. I finished the interviews a little after 5.

At 5:30 p.m., I worked on my novel. The last few days I’ve been outlining it using Scrivener. I just started working with the program and it’s proving useful for large structural revisions. I like being able to move around giant chunks of text. Today I wrote a new scene that might not make it into the novel at all. It was 852 words and it went well. I was pleased because it’s been a while since I wrote fiction.

Then I wrote this post. Now it’s 6:56 p.m. and Bryan and I are going to get a beer at this brewery that just opened nearby and then make dinner.

I can’t believe how much freelancing suits me. My biggest challenge is not dicking around on the internet.  I could seriously knock my work out by like 3 p.m. each day and then just hang out or go to the country club or whatever if I just didn’t dick around on the internet for hours. Financially, everything is extremely stable.

I have a more intimate relationship with my craft now. Before, writing was sandwiched between commutes, and it happened in spurts between staff meetings, Rouses runs and water cooler bullshitting (yes, we really had a water cooler, and I really bullshat there). Now, I sit at the kitchen counter, open my laptop, words come out, and by some trick of late capitalism and undeserved luck, those words turn into dollars.

I often asked freelancers for advice when I was a nine-to-fiver. They always told me to go for it, that it was the greatest choice they’d ever made. So far, that feels true, but I also see the pointlessness of giving advice.

My freelance career is unique to me. Riddled with whorls and lifelines, its trajectory is as complex and winding as the inside of my hand.

*I wrote this 10 days ago but just got around to editing and posting it today.