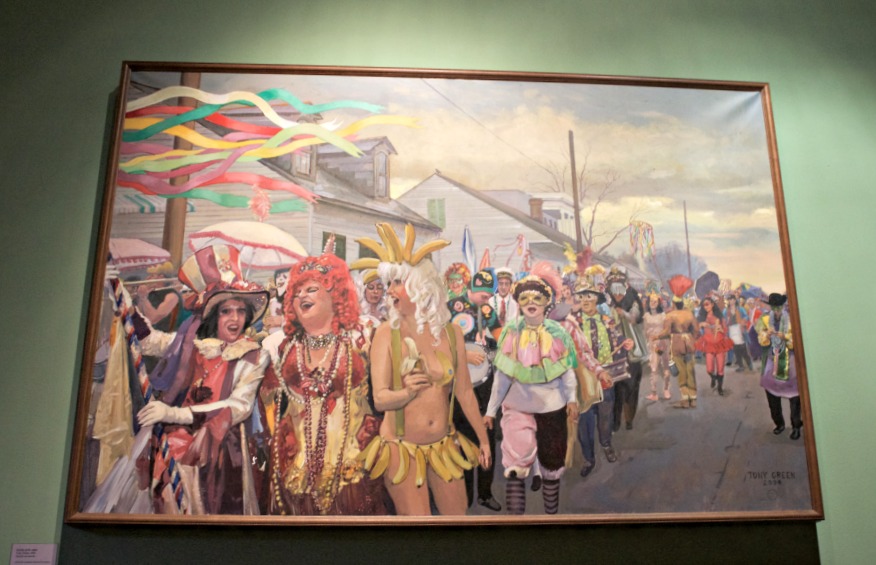 Y‘ALL! Mardi Gras is SIX DAYS AWAY. I hope you’re stuffing your faces with king cake, catching beads and dancing in the streets as much as possible. In the spirit of Carnival, I thought I’d share a piece I wrote for Gambit a couple years back. It lists tips for members of walking and dancing troupes — all of whom cover lots of ground during a parade. How much? Thoth’s route is more than six miles. Add another parade (or two or three) to the mix and you’re logging serious distance, making Mardi Gras parades athletic events on par with the Crescent City Classic.  I marched in parades in 2010, 2011, 2012, 2013, 2014, 2015 and 2016, and I’ve figured out some tricks for getting the most out of the experience. Here they are.

1. Test out your parade gear ahead of time. Ideally, your Mardi Gras dance troupe will do a few practice marches, but if not, you’ll want to take your costume and shoes for a spin. The parade is not the time to find out your boots blister your heels or your sequined halter top chafes your armpits.

2. Check out the weather and plan appropriately. If there’s rain on the forecast, wear waterproof mascara. If it’s cold, layer your tights and slip a handwarmer into your pocket.

3. Figure out your ride situation ahead of time. If you’re lucky enough to have a bus, I’m jealous of you. Otherwise, hit up a friend to drop you (and as many others as the car will hold) off at the lineup point. You’ll end the parade downtown. Good luck finding an Uber to shuttle you back Uptown if you left your car at the staging area.

4. Eat a big meal before the parade. You’ll probably have to line up two hours before the parade rolls, and the actual marching will take at least two to three hours. I like a peanut butter and honey sandwich on wheat, plus a banana and coffee. This meal came recommended to me by a marathon-running friend, and it’s the perfect mix of carbs and protein.

5. Pee before you leave the house. Pee in the port-o-potties by the staging area. Pee whenever you get a chance, because once the parade starts, it’s going to be tough to pee.

6. If you have to pee during the parade, float breakdowns are your best friend. There’s always at least one point when the parade stops for no discernible reason. Use this time to hit up the port-o-potties. If there’s a line, tell the crowds you’re marching and the masses will part. People are deeply respectful of paraders. Use the rest of the down time to drink or eat a snack. Impromptu dance parties also are welcome.

7. Drink, but don’t get drunk. Passing a drink around among friends is a good way to achieve this. When it comes to booze, I’m a fan of whiskey and water. The whiskey is great during cold weather and I like to think the water hydrates me. Unlike beer, it packs an alcoholic wallop and won’t send you running to the port-o-potty. Moderation is key here. You don’t want to forget your choreography. As far as illicit substances go, just keep in mind that they can make masked revelers seem super terrifying. Plan accordingly.

8. Break out of formation to hug your friends. This is contentious advice. My dance team captain would be pissed if I did this, but I don’t care*. Your friends will be flattered and everyone who witnesses your embrace will be charmed. That’s just sweet. More than sweet, it’s entertaining. And why else do people go to parades?

9. Save energy for these key areas: the viewing stand by Gallier Hall, the interstate overpass at Lee Circle and the final stretch on Canal Street. These spots draw huge crowds and you want to look on point.

10. Smile and make eye contact with people in the audience. This is a no-brainer, but really, smile the whole time, because there are cameras along the entire route, and you don’t want to look dour. It’s pretty easy to grin when thousands of people are cheering for you. In fact, you probably won’t be able to stop. Happy Carnival! 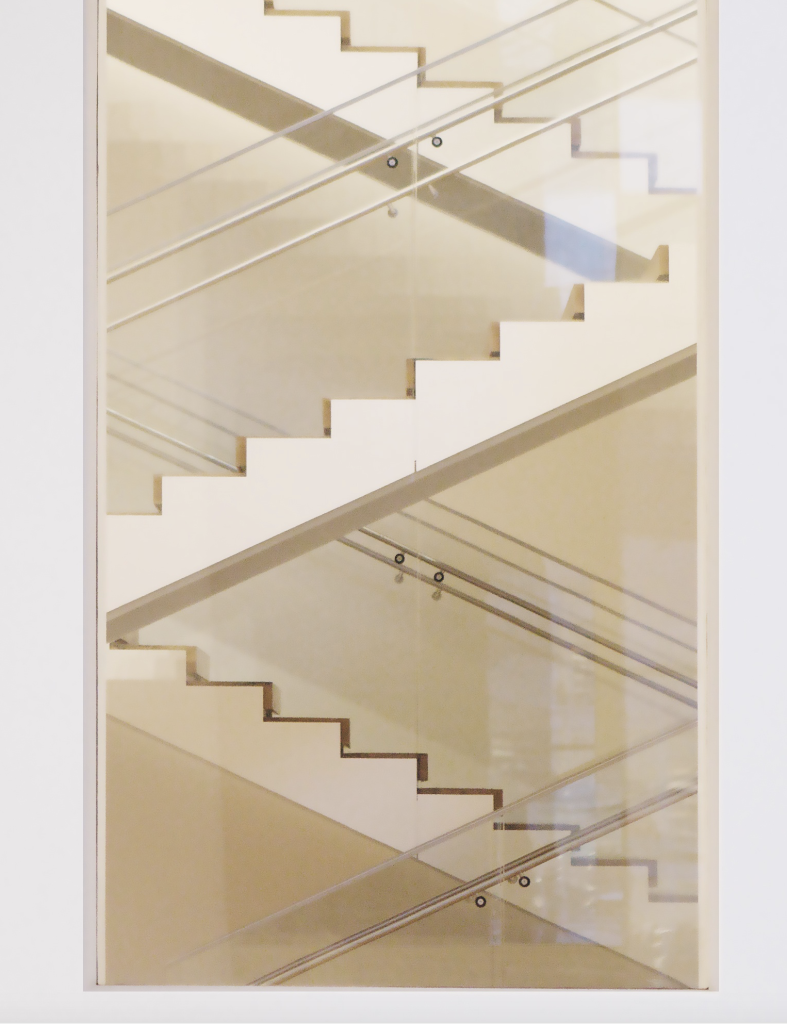 Stairs are motivational. Because think of that climbing.

Although I specify freelance writing in the headline, these tools also serve me well in my 9-5 job as an editor. If you’re a writer/journalist/content creator/any type of person who does research, interviews people and sources photos, these tools will benefit you. And they’re FREE. Here they are.

Help A Reporter Out (helpareporter.com) is a service that connects journalists and sources. You submit an interview request that includes what the story is about, the publication in which it will appear, the deadline you’re working with and the type of person you’d like to talk to. Then wait for the pitches to roll in and schedule interviews. This usually takes less than 24 hours. I use HARO primarily for getting interviews with physicians, because their hectic schedules make them notoriously hard to pin down.

PicMonkey is a free service that offers basic photo editing tools. You can make collages, resize photos, add filters and more. With a membership, you have access to premium functions like dodge/burn tools. PicMonkey is useful when I want to size a photo to certain pixel specifications. One day, I’ll delve into Photoshop, but for now this works.

Flickr Creative Commons is a website I use for sourcing photos. If you search for photos with a Creative Commons license, you’ll find a wealth of hi res images you can use to illustrate your article for free, as long as you give the photographer credit. This site will even format the credit for you. All you have to do is input the link to the image. Unsplash also has nice ones (like the one on top of this entry), but Flickr is great when you need something really specific– for example, a photo of tobacco fields in St. James Parish, Louisiana, like this one I used for content I wrote for a local head shop’s blog. Sourcing photos isn’t always a writer’s job, but why not make your editor’s life easier if you can?

Kind of an obvious one, but Google Docs is still the easiest way for me to keep track of drafts and collaborate with editors. A lot of them now ask me to submit drafts via Google Docs, too. Google Scholar is a great way to access scholarly literature, like research studies and articles from peer-reviewed journals (I use a lot of them for my health reporting). Some are locked behind paywalls, but you can still read the summary, which often contains all the info you need.

Yes. The OG bricks-and-mortar structure that was The Internet before The Internet was invented. There’s a wealth of resources beyond the world wide web–some of the best resources–and the great thing is, you don’t always have to go to the library to access them. You can use your library card’s code to tap into the library’s online resources, which include ebooks and audiobooks galore, via Hoopla. I could talk more about it, but my colleague Kevin Allman did a great job explaining it for Gambit. So I’m just gonna link to his piece here.

ONE LAGNIAPPE RESOURCE THAT IS NOT FREE

The Passion Planner (not an affiliate link, btw) is helping me stay on top of my work, freelance, social, kombucha-brewing and Mardi Gras parade responsibilities while adding some nice motivational quotes and goal-setting exercises. I haven’t used a physical planner in years and it feels good to go paper with my calendar. Plus it is very pretty to look at.