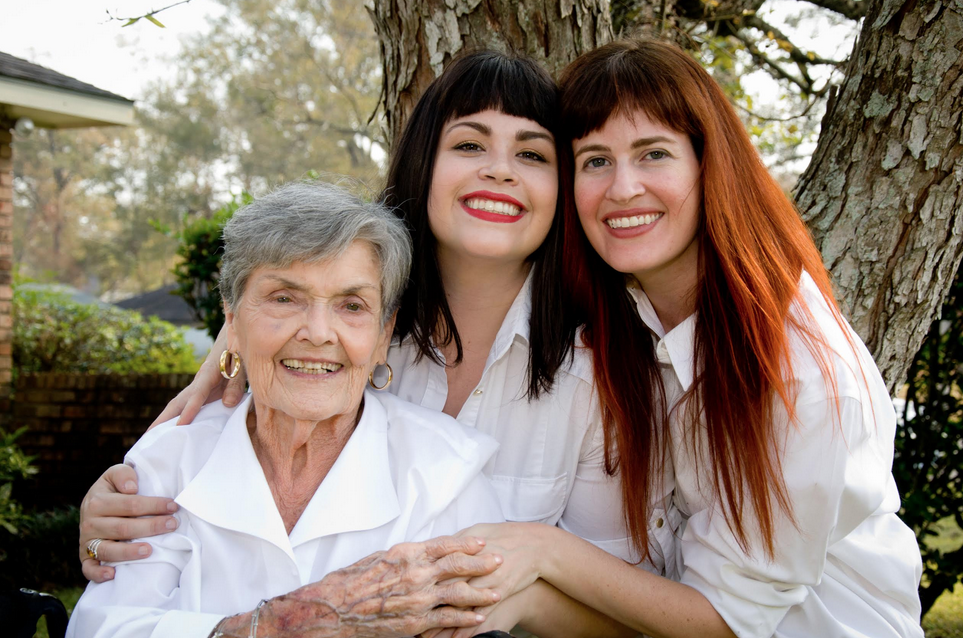 My grandmother turned 88 last month. Cora Wilkinson is a  silver-haired, sapphire-eyed jewel of a woman. The oldest of eight children, she grew up picking cotton on a sharecropper’s farm in Arkansas. She didn’t know she was poor, because it was the Depression and she was hardly the only one wearing cardboard shoes.

She moved to New Orleans at age 17 to become a shipyard welder. At age 20, she married my grandfather, a handsome soldier back home after 42 months in a Japanese prison camp. In the 1960s, she worked for a Baton Rouge news station. Her title was secretary (every woman was a secretary, regardless of what she did), but she was really the assistant program director. She canvassed for the National Organization for Women. She’s the only octogenarian I know with active Twitter and Facebook accounts. She’s pretty kick-ass, is what I’m saying.

Every Thanksgiving her kids, grandkids, great AND great-great grandkids rally at her house. In the back of all our minds is the thought that each Thanksgiving could be her last. This is the only explanation I can come up with for these cornball themed Thanksgivings my family is coming up with.

The first one wasn’t too bad. Everyone had to wear white shirts and jeans. Whatever. I’ve seen plenty of family portraits and engagement photos where they’re doing the white-shirt-on-a-beach thing.

This year, the concept is “hoe-down.” Plaid shirts. Bales of hay. I shudder to think what else they’ve concocted.

But my friend Elizabet had a genius idea: “If i were you I would be practicing my square dancing moves from youtube tutorials right now, planning to go so hard no one ever suggests a ho-down again…”

So that’s what I’m doing. Poring over square dancing outfits, lessons and wondering how I can wrangle eight people for the square. 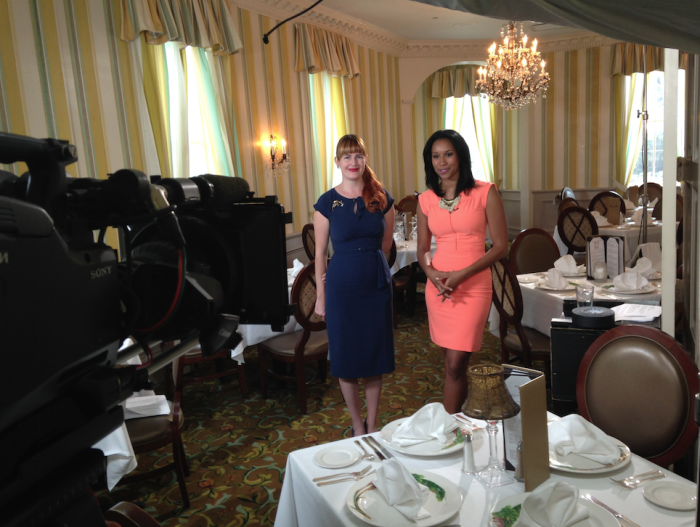 That’s me on the left, with the fabulous Sheba Turk.

Morning show hosts amaze me. When I arrive to my monthly WWL-TV gig at 7:30 a.m., they’ve already been awake for almost five hours. They’re bright-eyed, perfectly coiffed, and they’re the friendliest people with the whitest teeth you’ll ever see. Anyway, I’ve picked up some tips from the over the years. Below are tips for looking polished on T.V.

1. Use Crest Whitestrips the night before. Add red lipstick and your smile will blind passersby.

5. Closed-toe shoes look better too. Nobody really wants to see your toes. High heels are a must.

6. Put on more makeup in darker hues than you would normally wear. The lighting can wash you out.

That’s all I can think of for now. Here’s a link to my appearance from this morning. (I ignored a few of these tips at my peril.) Enjoy!

Holy cow. Sorry for the radio silence. This website has been trapped in a Byzantine and baffling underbelly of the internets for more than a month now. It started when I decided to give it a pretty upgrade with a fancy custom theme from 17th Avenue Designs. That’s when I learned the difference between wordpress.com and wordpress.org. Only the latter allows custom themes. And I had the former.

So I switched (or rather I hired a freelancer in India to switch) my hosting to Godaddy.com. Then I had 17th Avenue install the custom theme. Bingo! Pastel prettiness all around. Immoveable, unalterable pastel prettiness.

My updates to the site weren’t posting. There was some disconnect between the admin panel and the actual site. In other words, I was in website hell. HELL. And if you’re a Mercury Retrograde-believing type (which I am), you’ll understand what it means when I say that planetary snafu was happening at the time.

The issue is finally, FINALLY resolved thanks to a programming genius named Ahmed, who I love for solving the problem noone else could.

Anyway, the BIG news (aside from the fact that MY FREAKING SITE FREAKING WORKS AGAIN): I have a release date for my novel! Prizm books will release it on July 8, 2015. Sound the trumpets! Also, I have been assigned an editor (Nicole Angela at Angel Edits) and she is so, SO detail oriented and amazing.

Last of all, it’s PIZZA FRIDAY! Soon I get to go home and eat pizza. Current mood: PUMPED AS HELL